Wellington’s ECR® 2 fan motors have many advanced features which enable OEMs to improve cooler performance. In this blog post, we will discuss one of these: timed behaviors. The timed behavior function allows the motor to run in one mode for a period, then change to a different mode, without any change in the control inputs. Creative use of this feature offers many opportunities to enhance and differentiate cooler behavior.

ECR 2 fan motors achieve simple on-off control by removing power from the brown (phase) wire. Alternatively, they are configurable for three “speed” settings, these are selected by connecting the black (control) wire to phase, to neutral, or not connecting it.

For any given connection position of the black wire (i.e. to phase, neutral, or nothing), the motor behavior can be configured so: 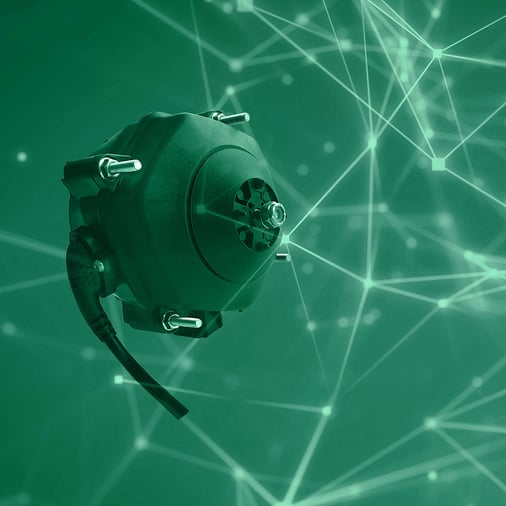 The speeds specified can be 0 RPM or anywhere between 300 RPM and maximum speed, and can be different for each of the three black wire states. Timed behaviors
can be either pre-configured at Wellington’s factory or configured on your cooler production line.

Example applications of the timed behavior function include:

To view more content about our ECR 2 motor, check out our eBook here.

David is currently Chief Technical Officer and has a strategic technology leadership role that includes conception of the technology plan, taking a lead role in technology and partnership acquisition, and exploring and implementing new technology models. David joined Wellington as Engineering Manager in 1999. He has previously worked in new product development roles for Rover Group (UK), Fisher and Paykel Healthcare Corporation Ltd and Tru-Test Ltd. He is listed as inventor on 14 families of international patent applications, including several of Wellington’s core motor patents.

If you would like some more information, or to speak with one of our team, please click here.