In simple terms, urbanization is the development of towns and cities and the increase of the concentration of populations in these areas. It is undeniably a defining trend of our time. This trend has been seen, and continues to be seen, throughout the developing world. Urbanization can be viewed as a reflection of the economic well-being of a country. As developing countries experience economic growth, there will be continued growth in urbanization. As a city's population grows, so does the demand for goods, services, and infrastructure.

Looking back, over the past 50 years, urbanization of the developed world has remained relatively static, in direct relation to their population and economic situation. On the other hand, large parts of the developing world have, and are expected to, continue to experience economic and population growth, much of this will continue to impact a shift of people into cities, in pursuit of jobs, education and (once the economic impact of Covid has been recovered from) in aspiration of affluence. (International Institute for Environment and Development) 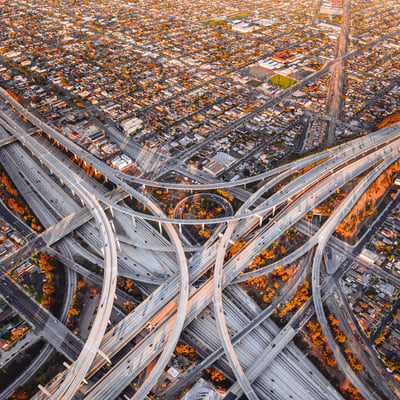 The "BRICS" countries (Brazil, Russia, India, China, and South Africa) have already demonstrated that an increase in urbanization and economic affluence will drive an increase in demand for refrigerated retail, of both fresh foods and of "cheap luxuries" like ice cream and chilled drinks. These countries (BRICS) are still growing, and urbanization is still on the increase. While there is some planned urbanization, most of what we have seen is organic and unplanned. With the increase in urbanization, there is a constant demand for infrastructure and social development.

Following the relative affluence of the "BRICS" countries, high GDP growth and rapid industrialization are bringing other countries into focus as future economic leaders, including two of Wellington's strongest markets, Mexico and Turkey (Frost and Sullivan, Mega Trends to 2025).

As trends indicate, we expect to see demand in these countries for refrigeration to strengthen further. Along with an accelerated shift towards "modern trade" retail (supermarkets and chain outlets) and away from "mom and pop" convenience stores which are currently the backbone of food retail in these regions. As these markets mature, an increase in demand for sustainable and energy-efficient refrigeration systems can be expected.

In the production sector, Gepp, one of Mexico's largest beverage and food producers, has demonstrated an appetite for innovative solutions that save energy and utilize resources effectively—returning measurable results and ROI, as well as meeting governmental and consumer requirements.

Looking to the future with further urbanization throughout the developing world and the relative affluence, increasing consumer demand for refrigerated retail products will continue in the medium and longer-term. As larger-scale retail and production take hold throughout these regions, being at the front of this continuing trend and learning from the BRICS model will see Wellington and our customers at the forefront.

David is currently Chief Technical Officer and has a strategic technology leadership role that includes conception of the technology plan, taking a lead role in technology and partnership acquisition, and exploring and implementing new technology models. David joined Wellington as Engineering Manager in 1999. He has previously worked in new product development roles for Rover Group (UK), Fisher and Paykel Healthcare Corporation Ltd and Tru-Test Ltd. He is listed as inventor on 14 families of international patent applications, including several of Wellington’s core motor patents.

If you would like some more information, or to speak with one of our team, please click here.